Blog
You are here: Home1 / Blog2 / Uncategorized3 / Loving Me Despite My Faults

After ignoring them for a while, Jesus finally responded by saying, “The sinless one among you, go first: Throw the stone.” After her accusers left, Jesus told the woman that he did not condemn her and to not sin again.

When I read this passage, I just fall more in love with Jesus. I want a heart like Christ! 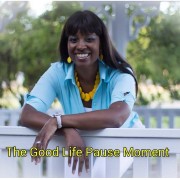 At some point in our daily walk, we may encounter a situation that will lead us to make a bad choice that cause others to point a condemning finger at us. I know that is my story. My chapters are still being written, so I may have some more turning points in my future as well. All I know is thank you Jesus for his forgiving grace towards me!

We have to be careful not to crush the spirit of another person that is in need of empathy and a listening ear. We never know what crossroads we will encounter in life. Since Jesus is able to accept and love us despite our faults, we need to follow his example by showing compassion towards each other, especially our sisters. If you are someone that has been shunned because of a poor choice, just know that Jesus loves you and he is always ready to forgive and to help you move forward in an abundant life in Him!

I used to always get stuck in the emotions of feeling unaccepted.  Those emotions would build up inside of me and I would turn to food as a distraction.  Recognizing this pattern of behavior was the first step to allowing God to free me from this cycle.

Maybe you don’t use food as a distraction to overeat, but maybe you choose not to eat, to drink, to shop for things that you don’t need, to smoke, to drink in excess, to indulge in promiscuity…. The list can continue. Whatever your vice, these are all coping strategies that are used to TEMPORARILY escape negative feelings. Christ wants to give you a PERMANENT solution. Choose HIM today!

Prayer Starter: Heavenly Father, give me a compassionate heart to love those around me and to see them through your eyes. Allow me to be able to recognize other’s hurts and be used as a vessel to bring healing. When I struggle with the emotions of rejection and unacceptance, help me to turn only to you as my source of healing and not to use temporary fixes.  You are my source of renewal and I embrace you today. Amen

Want to join the discussion?
Feel free to contribute!

We Are On Display
Scroll to top