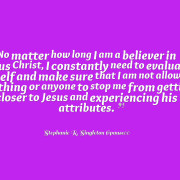 10 When the apostles returned, they told Jesus everything they had done. Then he slipped quietly away with them toward the town of Bethsaida.11 But the crowds found out where he was going, and they followed him. He welcomed them and taught them about the Kingdom of God, and he healed those who were sick.12 Late in the afternoon the twelve disciples came to him and said, “Send the crowds away to the nearby villages and farms, so they can find food and lodging for the night. There is nothing to eat here in this remote place.”13 But Jesus said, “You feed them.” “But we have only five loaves of bread and two fish,” they answered. “Or are you expecting us to go and buy enough food for this whole crowd?”14 For there were about 5,000 men there. Jesus replied, “Tell them to sit down in groups of about fifty each.” 15 So the people all sat down. 16 Jesus took the five loaves and two fish, looked up toward heaven, and blessed them. Then, breaking the loaves into pieces, he kept giving the bread and fish to the disciples so they could distribute it to the people. 17 They all ate as much as they wanted, and afterward, the disciples picked up twelve baskets of leftovers! Luke 9:10-17 NLT

Luke 9:10-17 shares the account of Jesus ministering to the people that he encountered.  He spent His time teaching them about the kingdom of God and He healed those that came to him with sickness.  People were coming from everywhere to see if the stories about the miracles that Jesus was performing were true.  They were so curious about Him that even when he left to go to another town, they still followed Him.  He never turned them away, but fed them all when He performed a miracle of multiplying five loaves and two fishes.

Many of us have heard this passage preached many times; however, this is only the first part to another piece of this amazing description of Christ’s character. Verses 18-20 in that same chapter really grabbed my attention. “One day Jesus left the crowds to pray alone. Only his disciples were with him, and he asked them, “Who do people say I am?” “Well,” they replied, “some say John the Baptist, some say Elijah, and others say you are one of the other ancient prophets risen from the dead. ”Then he asked them, “But who do you say I am?  “Peter replied, “You are the Messiah sent from God!”

Jesus and the disciples spent a lot of time getting to know each other. They ate together, prayed together, laughed together and cried together. They were friends! Your friends are the ones that you share your joys and sorrows with. They know your character the best. After pondering this, I questioned my relationship status with Jesus. Who is Jesus to me? Do I know Him only as an acquaintance, or can I truly say that I am His friend (John 15:15)? In order for me to evaluate my level of closeness, I asked myself these questions to reflect on my personal level of intimacy with Christ:

Am I a friend of Jesus?

The crowd of people had a limited perspective of Jesus. Their perception did not come from a level of intimacy. They were initially following Him because they heard of the miracles that He was performing and they knew that He was like no other person that they had ever encountered.

On the contrary, the disciples were following Christ because they learned that He is the true Messiah that they were expecting; this level of certainty came only through spending many moments together developing their relationship. This ignited their passion to want to spend as much time with Him as possible.

My level of intimacy with Christ comes from the times that I spend alone with Him in prayer and when I read my bible.  These private occasions give me a very different experience than when I am at church or in bible study with others. It is during that alone time, that I get to share my innermost thoughts.  I don’t have to hide anything from Him because He knows me inside and out. He also reveals Himself to me as well, so that I can know everything about Him.

Am I following Him at distance or am I trying to get as close to Him as possible?

I first discovered the love and power of Jesus from watching my parent’s lives and from hearing testimonies from other believers. These were the seeds that were planted early in my life.  But there came a point when I had to decide for myself, if I wanted to also learn about His character based on my own experiences.

As I began to mature and go through the difficulties in life, I knew that having Christ as the focus was the only way that I wanted to live. After trying to live based on my set of rules, I kept messing up and feeling inadequate. Getting to know Jesus as my Savior, gave me the assurance that no matter how much I mess up, I always have someone that will never leave my side (Deuteronomy 31:6).

Am I really allowing God to shape and mold my character?

No matter how long I have been a believer in Jesus Christ, I still need to evaluate myself to make sure that I am not allowing anything or anyone to stop me from getting closer to Jesus and experiencing his attributes. This reflection has to be continuous. I have to allow God to search my heart, to test me and to see if there is anything in my life that is not like Him (Psalms 139:23).

Close bonds are developed when we take the time to get to know someone and to become their friend.  Our Father wants an intimate relationship with us.  He wants to reveal himself as Messiah! Healer! Savior! Provider! Sustainer! Protector! Comforter! He is all of this and much more. Who is Jesus to you?

Search my heart Heavenly Father and see if there is anything that is stopping me from getting to know you more intimately. Reveal my shortcomings and any barriers that I have placed around me that separate me from your love. I desire to know you more and to call you my friend. Teach me your ways Lord and I will follow them.  Lead me in your paths of righteousness, Jesus. Amen

Want to join the discussion?
Feel free to contribute!